Each plant grows and flowers to its fullest in a certain eco-system environment. Same is with consciousness. This project is about developing, sustaining and flourishing of a community, which is consciousness growth oriented.

I have had some experience with few different communities and mostly with my guru Paramahamsa Nithyananda’s ashram in Bidadi, Bengalur, India in the period May 2017 – May 2018.  Creating such a community from scratch requires certain motivation and qualities.  But one can always start right where he is at this moment and go from there. At the moment I’m able to connect with spiritual communities at each place I go and by doing so my vision for creating a community of this type grows stronger.

Maharishi Vastu – Architecture in Accord with Natural Law
Some years ago I created a website called PeaceCity based on Maharishi Mahesh Yogi’s vision of Vedic cities. If you’re planning on doing a consciousness based, self-sustaining community Maharishi’s vision and the practical experience of his organisation in this area are simply a must at least as an idea and example. His organisation is a leader in:

Some really useful websites to visit in this aspect:

A great introduction to Maharishi Vastu Architecture and City Planning:

The amazing vision for global reconstruction of the whole world according to the principles of the Architecture According to the Natural Law, Vastu – Sthapatya Veda:

My interest in Maharishi’s programs and vision lead me to Nithyananda’s ashram in Bidadi, Bengalur, India where I stayed with him and a group that varied at different times between 200 and 500 people in the period May 2017 – May 2018. This is the most energetic and enthusiastic human being I’ve ever came across with in my entire life. His every breath is an absolute concentration and dedication to the purpose and mission of his life – reviving the Hindu knowledge and life style according to the most ancient agamic scriptures. While at this time things were a bit raw both as organisational experience and infrastructure through the series of live discourses and the activities we were engaged with and the atmosphere created I gradually started understanding his vision for building a community around the theme of Hinduism. His visions is… and I’m making a pause here as I know what’s coming. He actually wants to create a full blown experience of a true Harry Potter city in a Hindu style, where its citizens will completely naturally express all the 460 superhuman powers described in the ancient Vedic texts. This city will be open and available for all people around the world to visit and enjoy just like they now enjoy any other tourist destination or entertainment park. Levitation, teleportation, materialisation, animal and plant communication, making things small or big through the power of mind, mind over matter, spiritual healing, seeing from a distance, etc – all of these should be as naturally developped by the citizens and especially the children in this city as are sports, arts and the different disciplines at today’s modern world schools.

Nithyananda isn’t quite popular guru at the time I’m writing this page, June 2022. Also, there are some concerns from other traditional Hindu organisations that he is diverting his followers from the first, most important and ultimate goal of the spiritual quest – enlightenment. He’s doing this by stimulating his followers to entertain superpowers, which are not enlightenment itself and this is most dangerous spiritual moment. It’s only after I lived for several months in his ashram with his direct presence when I started to understand more and more of these concerns and differences. The environment he grew up in is something that none of the rest of the gurus and spiritual seekers have experienced. From left and right he was surrounded by gurus who had extraordinary powers and he grew up just like Harry Potter is shown to grow up in the Hogwarts magic castle. For him all of this is as natural, easily available and fun as it is football for the UK youngsters. Not having the loving care and devotion for his followers to give them what he has experienced as youngster is equal to an English father not teaching his boys football, because he lives in a country where nobody plays football as the parents in this country haven’t learned to play football and hence everyone is afraid of playing football. That’s all really. Playing football doesn’t divert you from enlightenment and neither is playing with superpowers. It’s really that simple.

All these so called superpowers have been thouroughly described in the ancient texts and they are as easily available from the young child’s age as is any sport, art or subject at today’s school. Nithyananda’s vision for a Vedic city is to make a living Harry Potter demo community available for the entire population of the world to visit and enjoy.

For my personal path it was an absolute must for Nithyananda to have a deep conection and recognition for Maharishi’s knowledge and programs, as they are the most well scientifically proven methods by now for achieving coherence in society (peace and progress). I want to be able to connect with the common person and I want to be able to give him something that doesn’t require from him any change in his believe system in order to try a new method that does work. Maharishi has such kind of programs and approach and also there’s incredible accumulated knowledge by this organisation and I couldn’t imagine me leaving any of this knowledge behind without any scientifically proven reason that is more well grounded than Maharishi’s body of research and that’s quite a lot.

Luckily, Nithyananda has a very deep respect for Maharishi and he specifically mentioned him several times at different occasions for his contribution to the reviving of the Vedic knowledge. As for the Vedic architecture, in a speech in front of us all in the late May 2017 he mentioned that he’s dedicating his golden temple at his headquarters where we were at Bidadi, Bengalur, India to Maharishi Mahesh Yogi and his organisation for reviving the ancient Vastu knowledge of architecture. He also mentioned that it takes him longer time to construct this temple, because he wants everything to be according to the scriptures regarding this architecture. Nithyananda saw in a vision the banyan tree at this place and he was told by the guiding spirit to build his ashram around it. He wants to build the largest Shiva temple in the world there.

There are some interesting developments that I’m looking forward to in connection with a complete set of guidelines of functioning of the ancient Hindu kingdoms. They are based on the ancient Vedic scriptures and they are being prepared by Kailaasa, the only Hindu nation in the world that was created recently by Nithyananda.

Will Nithyananda succeed? The answer to this is quite simple. The formula for realisation of anything is: idea + energy = materialisation

Seeing the most amazing consistent and highly concentrated on the goal energy coming from this being during my stay at his headquarters I am completely convinced that there’s just one single factor needed for his success: TIME. If he has enough time on this planet he’ll achieve this vision for sure and this is really exciting.

Other communities
I was able to visit the greatest spiritual gathering in India and the world of diffent Hindu spiritual lineages and teachings at Kumbha Mela in Prayagraj February-March 2019. These experiences gave me the confidence that at some point I can initiate the creation of such a community myself as well.

Here’s a short video of me spontaniously sharing the possibilities that Kumbha Mela revealed at my visit.

A city though carries the character of its citizens. Building the individual character remains the first priority. One can start from nothing and step by step go forward in building both, his own character first, which later will produce the community as well.

Here I will present some of my experiences by now, the developments I’m having at present and plans for the future. 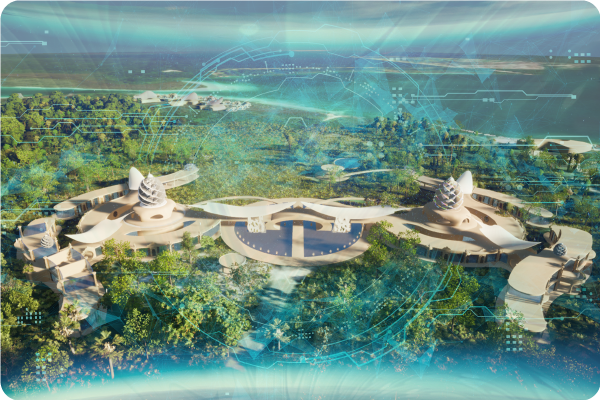 Sacha Stone and NewEarth Sanctuary (NES) are in the process of master-planning the momentous Laguna Bacalar Sanctuary project situated in Mexico’s tropical paradise – the ‘Free and Sovereign’ State of Quintana Roo. 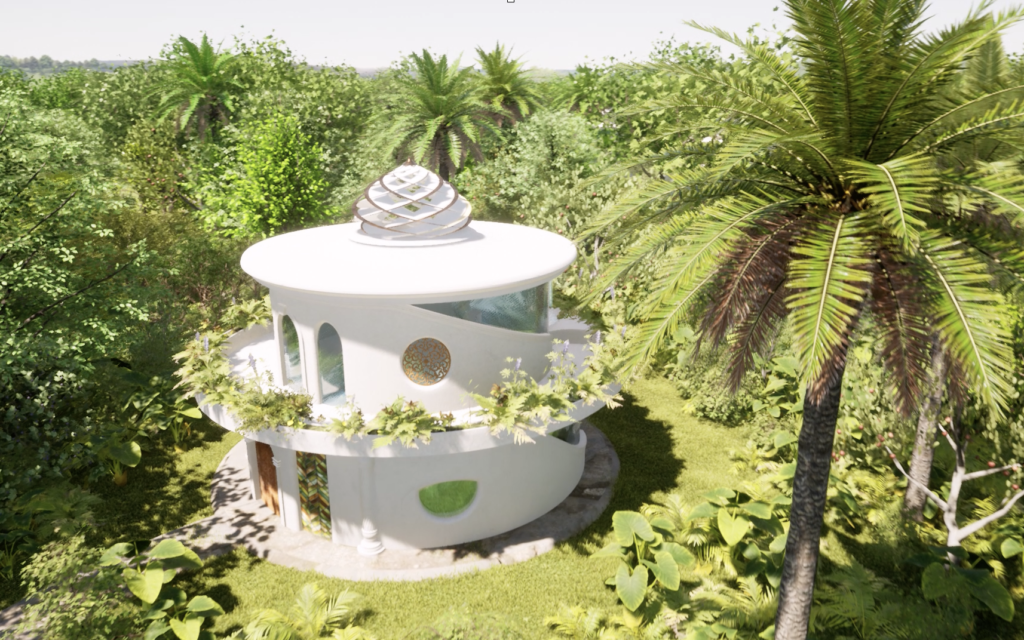 This land boasts hundreds of heads of cattle, sheep, turkeys and horses as well as coati mundis, wild pigs and a panoply of beautiful birds and butterflies populating this extraordinary part of the globe.

There are the laguna front, hills and valleys, Mayan ruins and thousands of the rare and sacred Mayan Corozo palms already creating a living paradise. 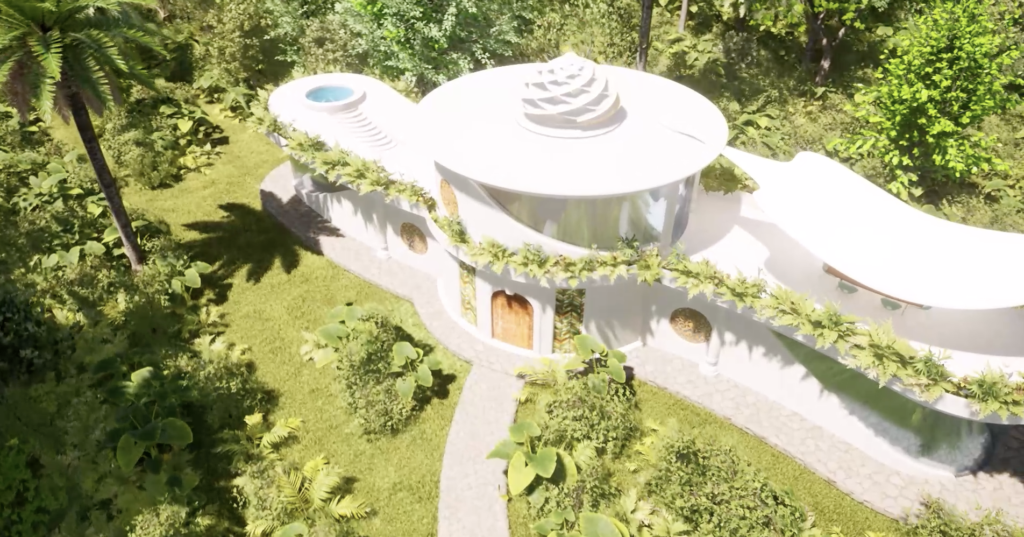 Many have expressed interest in the community and also a desire to remove their money from the system during these uncertain times. With this private offering they have the opportunity to do so. There are 63 individual plots of land available in the Laguna Front component of the sanctuary. For those ready and prepared to act, this unique opportunity unfolds before you in the beautiful- “Laguna de Siete Colores – The Lake of Seven Colors.”

This world-class Sanctuary awaits those looking to break away from the status quo and participate in a truly remarkable movement.